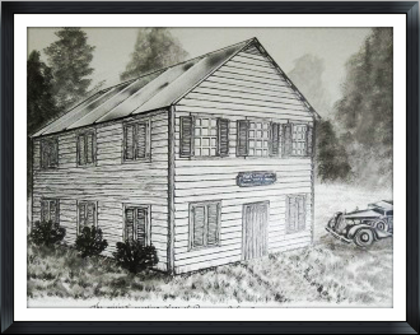 Poquoson Lodge No. 49, A.F. & A.M. has over 200 members who are proud not only of their country's heritage, but also that they, by precept and example, can help spread the heritage of Masonry on a local, state, and national level. We are so enthused by the progress of our Lodge that we believe you will be interested as well. Please enjoy this brief history of Poquoson Lodge No. 49, A.F. & A.M. of Virginia.

Founded in 1631 and located on 14.7 square miles of land, including 4,398 acres of salt marsh wetlands and over 89 miles of coastline, the City of Poquoson is believed to be one of the oldest English-speaking communities in America bearing its original name. Poquoson, which was part of York County for over three centuries, became an independent Town in 1952 and was chartered as a city in 1975. The first mention of Poquoson in colonial records is contained in a land grant issued to Christopher Calthorpe by a court at Elizabeth City in 1631. A little over 300 years later, this proud community sought to establish its roots in Freemasonry by forming the Poquoson Masonic Lodge.

On July 19, 1932, the first meeting of Poquoson Lodge was held in the Odd Fellows Hall, Odd, Virginia. Right Worshipful Brother Claude O. Price, District Deputy Grand Master of the 14th Masonic District acting as Grand Master, announced that this communication had been called for the purpose of presenting Poquoson Lodge with a dispensation, granted by the Most Worshipful Grand Lodge of Virginia. The dispensation designated Alvah E. Riggins as Worshipful Master, Robert E. Hunt as Senior Warden and John F. Rollins as Junior Warden. Regular communications were held under this dispensation until the Grand Lodge approved the Charter in February 1933.

In 1975, Worshipful C. E. Drummond initiated and led a building program that was continued by Worshipful W. E. Hopkins, Jr. In June 1976, the cornerstone was laid for the present Masonic Temple located at 6 Hunts Neck Road, Poquoson, Virginia. Poquoson Lodge No. 49 A.F. & A. M. held its first stated communication in the new Masonic Temple in November 1976.

We are proud to have dedicated our Lodge in July of 1991 and for the opportunity to carry the light of Freemasonry into the future by "Living Freemasonry Daily."